While it is hard for me to believe, the Mathematical Contest in Modeling (MCM) is fast approaching its 30th year. During this time we have grown from 90 US teams to over 5000 teams representing 25 countries from all across the globe. We have been especially buoyed by the enthusiasm shown by our international colleagues and the rapid growth in international participation. COMAP welcomes your involvement with open arms.

COMAP runs three contests in mathematical modeling; they are MCM, ICM (the Interdisciplinary Contest in Modeling), and HiMCM (the High School Mathematical Contest in Modeling). The purpose of all of these contests has never been simply to reward student efforts as important as that is. Rather, our objective from the beginning has been to increase the presence of applied mathematics and modeling in education systems at all levels worldwide. Modeling is an attempt to learn how the world works and the use of mathematics can help us produce better models. This is not a job for one country, but for all. The COMAP modeling contests were conceived and evolved to be strong instruments to help achieve this much larger goal.

It is my supreme hope that through this excellent book series students will learn more about COMAP contests and more about the process of mathematical modeling. I hope that you will begin to work on the exciting and important problems you see here, and that you will join the MCM/ICM contests and the rewarding work of increasing the awareness of the importance of mathematical modeling.

This book series is a collection and expositions of the ideas, background knowledge, and modeling methodologies for solving the problems for the Mathematical Contest in Modeling (MCM) and the Interdisciplinary Contest in Modeling (ICM). It is intended to help promote, enrich, and advance mathematical modeling education for undergraduate students. It is also intended to provide guidance for students to participate in the MCM/ICM contests. It can be used not only as a reference book in mathematical modeling, but also as supplementary materials for teaching an undergraduate course on modeling.

This book series is co-published by the Higher Education Press (HEP) and the Consortium for Mathematics and Its Applications (COMAP), making it accessible worldwide to students and their faculty advisors, as well as to readers interested in modeling.

This volume addresses Problem A and Problem B in MCM 2014, and Problem C in ICM 2014. Problem A asks how to devise rules to increase traffic throughput, Problem B asks how to rank the top coaches of a popular sport, and Problem C asks how to use networks to measure influence and impact. In addition to the expositions of these problems, this book also presents a brief history of the MCM/ICM contests, offers ideas to help students prepare for the MCM/ICM contests, presents general modeling framework and methodologies, describes the judging procedure of the MCM/ICM papers, explains how to write attractive MCM/ICM papers, and presents a sample scheduling of tasks during the contest. A number of exercise problems are also included to help students understand the materials presented in the book.

Jay Belanger drafted Chapters 1 to 4. Amanda Beecher drafted Chapter 5. Jie Wang devised the book, contributed to some of the writings, and edited and unified all the chapters. The authors thank Sol Garfunkel, Chris Arney, and Bill Fox for inviting them to participate in judging the MCM/ICM 2014 contests, and the judges of the MCM/ICM 2014 contests and the COMAP staff for making judging the contests a rewarding experience.

We would like to thank Ying Liu of HEP and Sol Garfunkel of COMAP for their insights, support, and guidance. Without them this book series would not have been published.We welcome and appreciate feedback from our readers.

1 Introduction
1.1 A Brief History of Math Contests
1.2 The MCM
1.3 The ICM
1.4 Classifications of the MCM/ICM Papers

Dr. Jay Belanger is a mathematics professor at Truman State University in Kirksville, Missouri, USA. He received his PhD degree in Mathematics from Princeton University in 1987 and his BS degree in Mathematics from the University of Michigan at Ann Arbor in 1983. He has published research papers in complex analysis, computational complexity theory, mathematical computing, and the history of mathematics. He has judged for the MCM contest and co-authored two books in the HEP series on MCM/ICM Contests Guides and Solutions. Since 2011 he has served as a member of the editorial board of the series.

Dr. Amanda Beecher is a mathematics professor at Ramapo College of New Jersey in Mahwah, New Jersey, USA. She received her PhD (2007), MS (2003), and BS (2001) degrees in Mathematics from the University at Albany, State University of New York. She publishes in commutative algebra. She taught at the United States Military Academy at West Point for three years, where she began involvement with the MCM/ICM contests. She was a judge for the ICM contest over the past seven years, and wrote commentaries to provide teams with additional feedback for the past four years. She was a final judge for the ICM Problem C in 2013 and 2014. She is serving as Head Judge for the 2015 ICM contest Problem D.

Dr. Jie Wang is Editor-in-Chief of the HEP book series on MCM/ICM Contests Guides and Solutions and COMAP's Director for China Partnerships. He is Professor and Chair of Computer Science at the University of Massachusetts in Lowell, Massachusetts, USA. He has written problems for the MCM and served as a final judge multiple times, including ICM 2014. He received his PhD degree in Computer Science from Boston University in 1990, MS degree in Computer Science from Zhongshan University in 1985, and BS degree in Computational Mathematics from Zhongshan University in 1982. His research interests include big data modeling and applications, algorithms and computational optimization, and network security. His research has been funded continuously by the National Science Foundation since 1991. IBM, Intel, Google, and the Natural Science Foundation of China also funded his research. He has published over 160 journal and conference papers, 6 books and 4 edited books. He is active in professional service, including chairing conference program committees, organizing workshops, and serving as an editor for a number of journals. 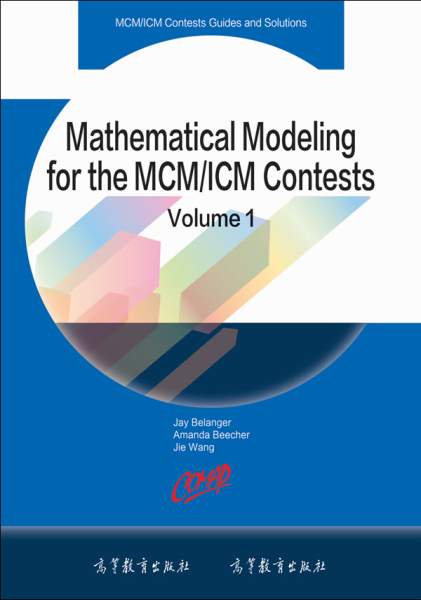