I Mathematician II Further Introspections on the Mathematical Life (Print)

Twenty-one of the world's most distinguished mathematicians and educators write about their personal experiences with mathematics.

A large and diverse group of mathematicians and mathematical people were assembled to offer their view of these matters. The contributions represent a vast array of perspectives on The Psychology of the Mathematician. It is hoped that readers will find the thoughts assembled here to be stimulating and to be cause for further rumination. It is a complex and rewarding world that we live in, and one that can only benefit from some introspection. 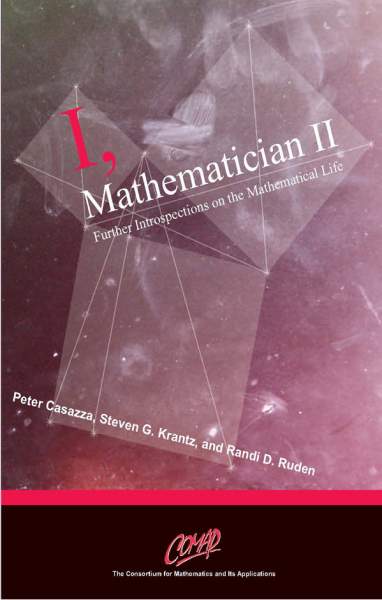