Have you ever seen an archer fish? They are fascinating for several reasons, but perhaps most of all for the physics and math “problems” to which they have evolved solutions.

Archer fish consist of a small family of about ten species including Toxotes blythii. They spit jets of water to dislodge insects and other prey from perches above the water. Dinner is served when the prey fall into the water. 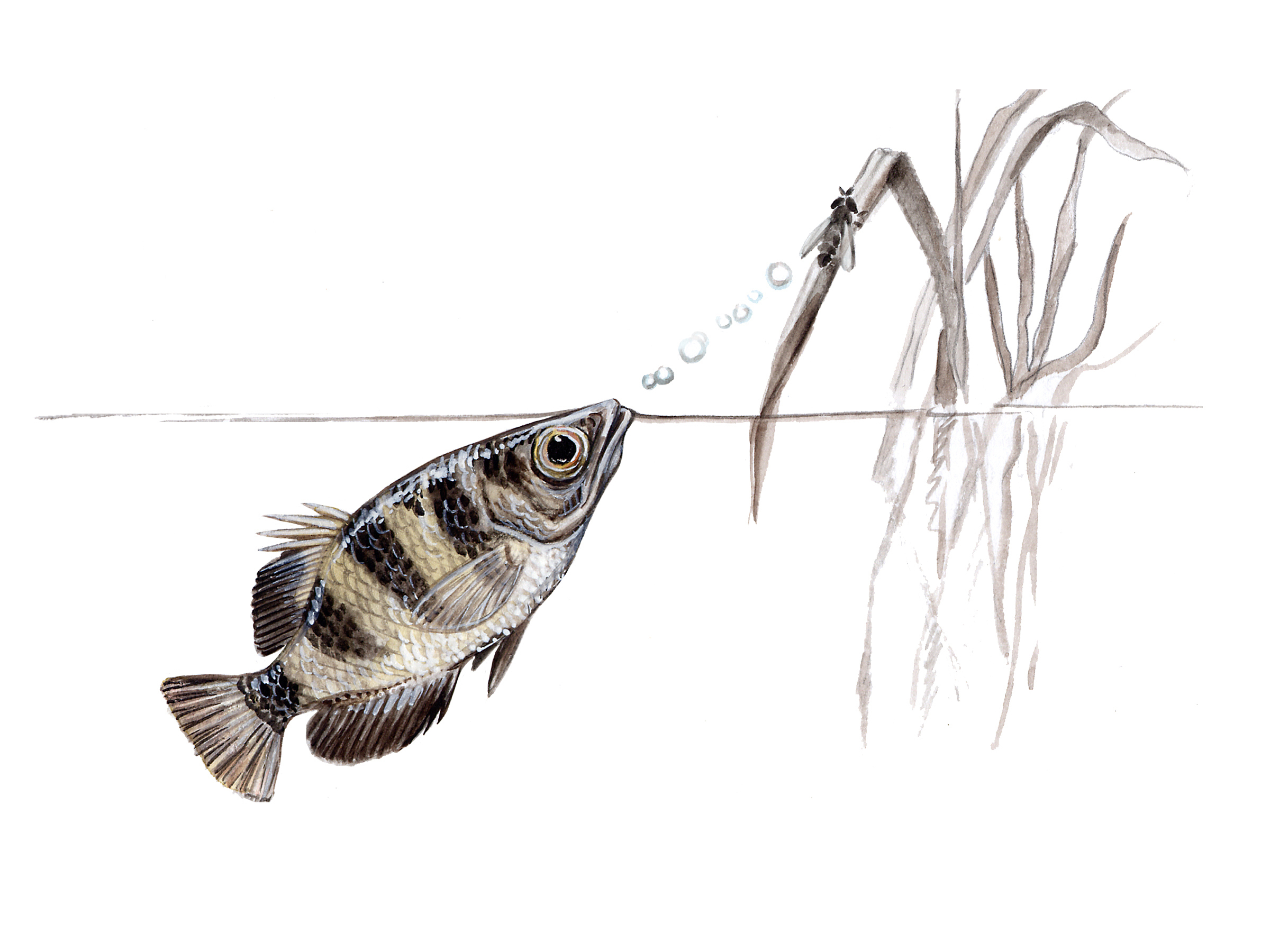 The technique they use to hunt makes for an interesting interdisciplinary exploration combining biology, physics, and mathematics. Many articles and videos can be found online to support student inquiry.

Some of the interesting aspects of their technique include compensating for the distortion caused by refraction at the surface of the water, the ballistic trajectory of the water jet, adjusting the jet’s character based on the distance to the prey, and how they learn from experience.

For example, the eyes of an archer fish are below the surface of the water and so they must aim their water jet at where the prey actually is and not where it appears to be. So, in one sense they have figured out Snell’s law of refraction – they just don’t know that they have!

In addition, depending on the distance and angle to the prey, they must aim so that the water jet lands on target after it has been bent by gravity. They also form the jet of water so that it results in a globule of water at the right time and distance to deliver maximum force.

Even if a field trip is not in your budget, much math can be applied to this topic without leaving the classroom. Below are some links to help hook your students:

The Consortium for Mathematics and Its Applications is an award-winning non-profit organization whose mission is to improve mathematics education for students of all ages. Since 1980, COMAP has worked with teachers, students, and business people to create learning environments where mathematics is used to investigate and model real issues in our world.